A conversation with Mrs. Mary Robinson

As we look to see how we emerge from this current crisis in a more sustainable way, this virtual conversation between Former President, Professor Mary Robinson and IOB CEO Mary O’Dea, will be a wide ranging conversation highlighting: the impact of climate change on society; the imperative role that financial services can play in our response to climate change and the intersection of climate change with critical topics such as diversity and inclusion, human rights and equality.

Mary Robinson is Adjunct Professor for Climate Justice in Trinity College Dublin and Chair of The Elders. She served as President of Ireland from 1990-1997 and UN High Commissioner for Human Rights from 1997-2002. She is a member of the Club of Madrid and the recipient of numerous honours and awards including the Presidential Medal of Freedom from the President of the United States Barack Obama. Between 2013 and 2016 Mary served as the UN Secretary General’s Special Envoy in three roles; first for the Great Lakes region of Africa, then on Climate Change and most recently as his Special Envoy on El Niño and Climate. Her Foundation, the Mary Robinson Foundation – Climate Justice, established in 2010, came to a planned end in April 2019.

Mary Robinson serves as Patron of the International Science Council and Patron of the Board of the Institute of Human Rights and Business, is an Ambassador for The B Team, in addition to being a board member of several organisations including the Mo Ibrahim Foundation and the Aurora Foundation. She was Chancellor of the University of Dublin from 1998 to 2019. Mary’s memoir, ‘Everybody Matters’ was published in September 2012 and her book, ‘Climate Justice - Hope, Resilience and the Fight for a Sustainable Future’ was published in September 2018. 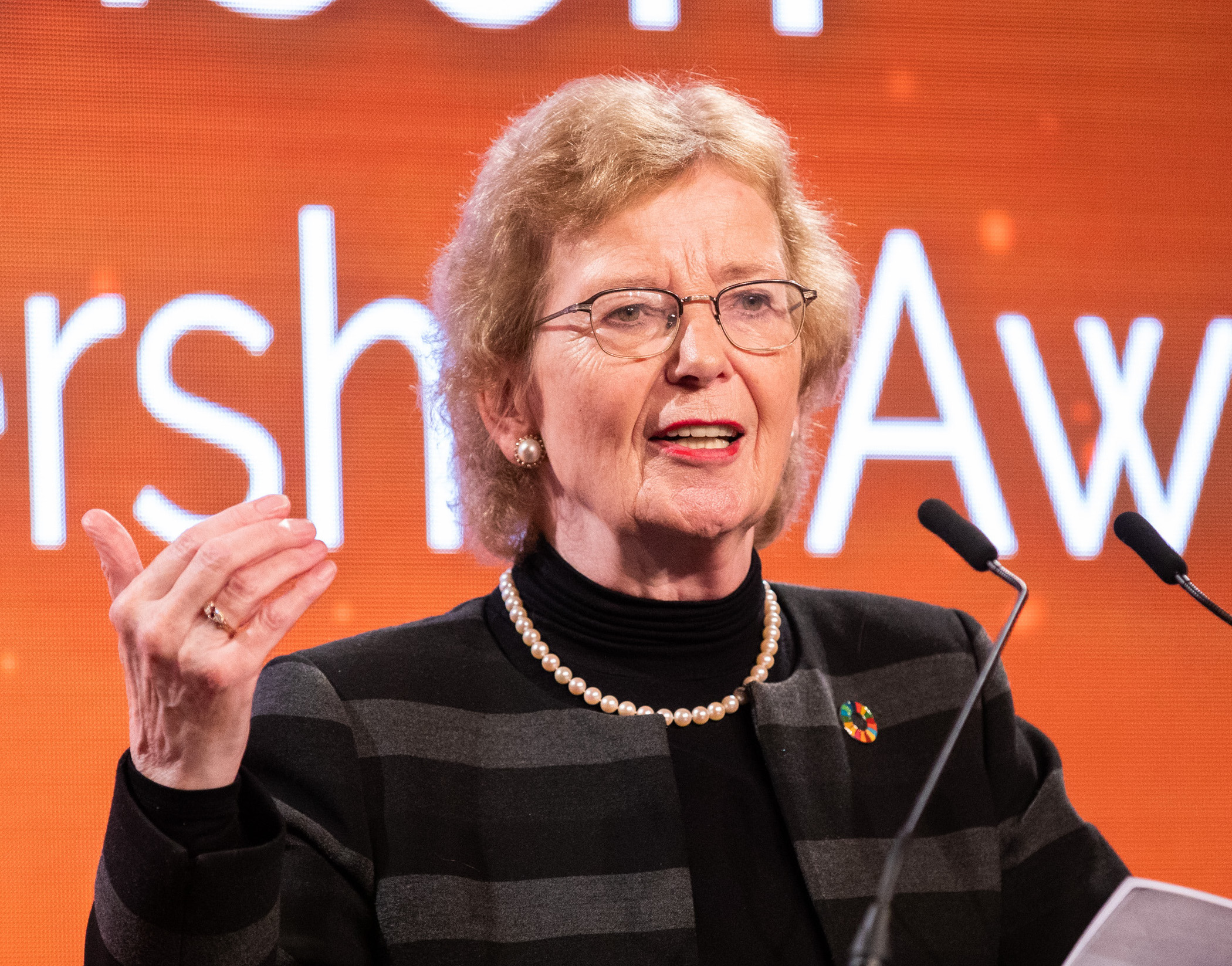