Demystifying AI in the Banking Industry

< Go to all events
Register

This masterclass from the Executive Education 2020/21 Masterclass series is designed with busy executives in mind, offering them the opportunity to be immersed in the specialised topic of interest during a short and practically focused session.

The masterclass will consider the following concepts amongst others:

The event will be held over Zoom. Please ensure you have access to Zoom in advance of the event taking place.

Zoom is available on all PCs, laptops, tablets and Apple or Android devices.

The link to join the event will be emailed to registered members on the day of the event.

The registration for the event will close once we reach capacity or at 12pm the day before the event.

There are 3 CPD hours available for the following designations:

Edward McDonnell is the Director of the National Centre for Applied Data Analytics & Machine Intelligence.

The Centre which is funded by EI and the IDA has over 92 member companies across a wide span of industries. The CeADAR centre is a one stop shop for innovation and applied R&D in AI, Machine Learning and Data Analytics. The CeADAR Centre won Gold Award i-Spaces accreditation from the EU’s BDVA in 2020 and the Dunn & Bradstreet award for best research group.

Prior to being appointed Director of CeADAR, Edward was European Director of Innovation & Technology Research at Fidelity Investments.

The role involved prospecting for FinTech technology and investment opportunities across Europe, understanding developments in the European innovation ecosystem, and directing technology trials.

Edward has also held various technical and global senior management roles in the Office of Strategy and Technology at Hewlett-Packard Europe based in England.

Edward has a PhD in Analytics and AI from the University of Edinburgh, is a Fellow of the IEE & ICS, and is the named inventor on 76 granted patents. He has been awarded several international prizes including the Scientific American top 50 technologies that demonstrate outstanding leadership, Grand Award and Overall Winner for Innovation, Popular Science (USA), Horizon Award “10 Cool Cutting Edge Technologies”, Computer World (USA). 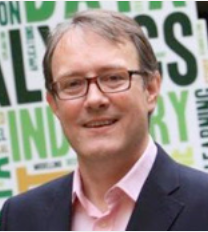 Head of Innovation & Development at CeADAR

Dr Ricardo Simon Carbajo is the Head of Innovation & Development at CeADAR. Ricardo leads the IDG group, composed of senior data scientists, which focuses on the development of bespoke advanced data analytics and AI solutions for SMEs and MNCs operating in a large range of verticals (energy, manufacturing, insurance, fintech, healthcare, telecoms, etc). 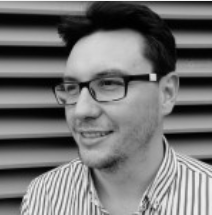 Dr David Haughton is a Data Science Architect at CeADAR. He specialises in applying data analytics to solve problems in industry, having worked extensively on translational research and development projects in CeADAR.

Prior to joining CeADAR, David completed a Computer Science PhD at UCD in the areas of digital signal processing, bioinformatics and steganography. After this, he worked as a Full Stack Developer for a media monitoring company called Kantar Media.

There he helped maintain and develop new features for several web platforms. In CeADAR, David is involved in project scoping, planning and management. 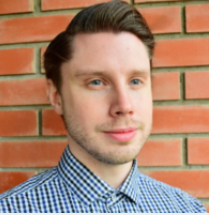 Yassine is the Senior Commercialisation Manager for the CeADAR centre.

His role is to look for opportunities to help companies, in the Irish and European ecosystem, accelerate their adoption of AI technologies.

Prior to that, Yassine Jelassi was working as an oil & gas Technical & Sales Engineer in Schlumberger, an oilfield service company.

Yassine covered multiple districts in North Africa, the Middle East and USA. He managed the operation of onshore fracturing projects and worked as technical and sales engineer 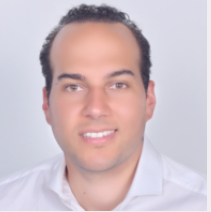