Free to members and non-members

Free to members and non-members

International Women’s Day is one of the highlights of our events calendar. This year, we’re very pleased to join with the global theme #EachforEqual by hosting an event exploring the role of lifelong learning and its role in enabling equality.

The event is a conversation with a number of influencers across different industries including financial services, where we’ll explore barriers to career progression, practical tips to enable development and the role of allies in inclusive workplace practices.

Breakfast will be served from 7.30am, with the opportunity of networking, and the event commencing at 8am. 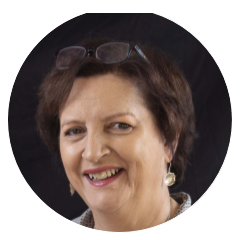 Aileen O’Toole is a Digital Strategist, a Chartered Director and an advocate for developing female leadership talent. She acts as a strategic adviser on digital strategy, customer experience, technology solution, digital marketing and communications. Since she established her digital strategy business in 2001, she has worked extensively in the financial services sector.

Aileen holds several board roles, including membership of the Governing Body of Technological University Dublin, which is Ireland's largest university, and also of its Audit and Risk Committee. She is a co-founder of The Sunday Business Post newspaper and was a member of the team responsible for building one of Ireland’s leading media brands.

She was the first female Business Editor in Ireland. She has been involved in several initiatives to foster female leadership talent and edited #WomanUp, an action plan on female leadership, which was published in 2017 and can be downloaded on www.woman-up.ie/action-plan. Aileen was awarded a fellowship by the Marketing Institute of Ireland, the highest level of membership, in recognition of her contribution to the marketing profession. 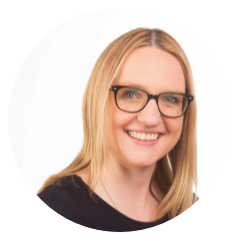 Helen (@HelenMohan1) is a senior surgical trainee in her final year of training in Ireland in General and Colorectal surgery. She is passionate about surgical training and delivering excellence in surgical oncology. She is a mother of 7 month old twins and a toddler. Her research and clinical interests include inflammatory pathways in cancer, advanced colorectal cancer and surgical training. A 2007 graduate of UCD Medicine, she subsequently commenced the surgical training programme with RCSI and completed a PhD at University College Dublin on the pathophysiology of intestinal Inflammation and cancer.

She is a past-president of the Association of Surgeons in Training (ASiT). During her time as ASiT President, she led the conference organisation for the 2017 conference in Edinburgh and set the theme as nurturing excellence, reflecting the goal to provide excellent patient care and the need to nurture trainees to fulfil their potential as the surgeons of the future. She also advocated for trainees at multiple surgical training meetings, including the Joint Committee on Surgical Training (JCST).

She is a co-founder and co vice-chair of the Irish Surgical Research Collaborative(ISRC). She is on the editorial advisory board of the European Journal of Surgical Oncology(EJSO), having previously been an assistant editor with the journal. She is also interested in improving equity in access to safe surgery and has volunteered with Operation International, most recently in Uganda. She plans to undertake a fellowship in advanced colorectal cancer in Melbourne, Australia in January 2021. She is a strong advocate for women in surgery, and has been involved in mentoring other female trainees and has published on pregnancy in surgical training. She is keen to hear your ideas on improving equity for women across professions. 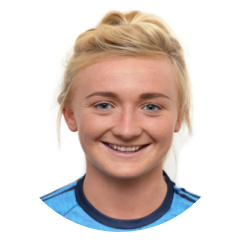 3 times Under 21 All Ireland Winner

Carla Rowe began playing Gaelic football age 12, a late starter. She moved to a new house to Naul in North County Dublin and joined the local Gaelic Club- Clann Mhuire. She loved playing Gaelic and became fully committed to ensure she could be the best at her sport. At 16 she was called up for a Dublin u16’s trials and made it onto her first county team in 2011. Since then Carla has captained two teams to All Ireland finals and in 2015 won her first All-Ireland medal as captain. She has been playing for Dublin ever since.She has 7 All Ireland medals, one with Dublin minors and three with Dublin under 21’s, a number of Player of the Match awards & three Senior All Irelands, which is her greatest achievement to date. She was also awarded three All Star Awards in 2015, 2016 and 2019 for her performance for Dublin Seniors Ladies.

Sport has helped Carla become more outgoing and confident as well as playing a huge role in her career choice and she continues to play with Dublin Senior Ladies.

Carla also coaches juvenile teams with her club and this made her want to get involved and become an Athlete Mentor. She loves helping children enjoy their sport, watching how they develop and grow through sport. Sport and physical activity has been so important in her life and she wants to try help young people see how sport can have a positive impact on their health, well-being and general life status.

“Sport and especially Ladies football has helped shape the person that I am today. It has given me and continue to give me amazing experiences, relationships and memories. I love sharing these experiences with young people, both the highs and lows, to hopefully inspire them to be the best person they can be and engage in sport, so they create memories of their own.” 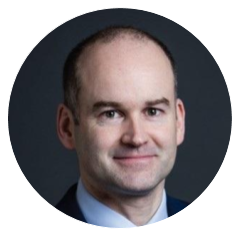 Andrew Walsh is the Group Legal Counsel of Permanent TSB. In his role, Andrew is accountable for leading the Bank’s legal and company secretariat functions. Andrew joined Permanent TSB in October 2014 and he has been a member of the Bank’s Executive Committee since 2015. Prior to joining Permanent TSB, Andrew was a partner in a leading corporate Irish law firm, where he worked for over 10 years. While in private practice, Andrew advised a number of Irish and international banks and financial services firms. Andrew holds a BCL (International) from UCD, having spent part of his law degree studying in Melbourne University. Andrew qualified as a Certified Bank Director in 2018.