If you are interested and require further information not covered on the page, please complete the form below

An error has occurred

As you are not registered with us, you will need to upload proof you can enrol to this programme.

Masterclass on three consecutive mornings from 8.30 - 10.30am

< Go to all programmes

Please note you must become an IOB member before enrolling on this masterclass.

IOB is delighted to introduce the Liquidity Risk Management in Investment Funds masterclass.

Many open-ended investment funds provide daily liquidity to their investors. Managing the fund portfolio in order to ensure that a fund is able to satisfy investor redemption requests is a fundamental obligation of fund managers. However managing fund liquidity is important for any open-ended fund, irrespective of the redemption frequency and it is equally important for all funds, both open and closed, in order to ensure that they can meet other types of liquidity related obligations, including margin calls or creditor demands of whatever nature.

Liquidity risk management has been under the microscope of global regulatory authorities for some time and this continues to be the case, particularly in light of recent events arising from the impact of COVID-19 on financial markets.

The masterclass is designed to provide participants with:

• An understanding of the regulatory framework and issues considered by macro-prudential authorities;

• A practical insight into the operation of a liquidity risk management system and challenges encountered.

The masterclass will be particularly relevant to directors, senior managers and staff within fund management companies (i.e. UCITS ManCOs and AIFMs), directors of self-managed funds and all other industry professionals within fund service providers. 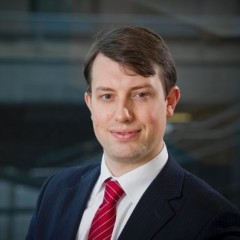 Alastair Sewell is head of fund and asset manager ratings for EMEA and Asia-Pacific at Fitch Ratings. He has been in this role since 2017, having previously held roles with increasing levels of responsibility in the fund and asset manager rating group since 2008. In this role he has overall responsibility for all ratings and research on funds and investment managers in these regions. Alastair’s coverage includes all areas of investment management, with specialisms in money market funds and liquidity risk.

Prior to his current role, Alastair was an analyst in Fitch’s structured finance division, responsible for rating collateralized debt obligations and similar vehicles. Alastair joined Fitch in 2004. Prior to Fitch he began his career at a UK local authority. 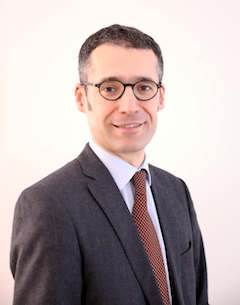 Antonio Barattelli joined ESMA in August 2011 and he's Team Leader for Investment Management within the Investors and Issuers Department. Since May 2018 Antonio leads the work of the Investment Management team dealing with the EU legislation and asset management (including the UCITS Directive, AIFMD and MMF Regulation), while previously he worked in the team with focus on various topics, including remuneration and depositary-related matters.

Prior to joining ESMA, Antonio was a senior associate at a major law firm in Luxembourg where he advised a wide range of international clients on setting up investment funds. He qualified as a lawyer in Italy and was registered as an EU foreign lawyer in Luxembourg. 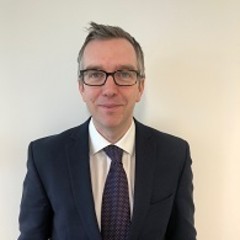 Conor Kilroy is a Regulatory Affairs Manager at Irish Funds. Since joining in September 2019, Conor has been working closely with a number of asset management working groups with liquidity being a particular focus for the Investment Risk working group.

Prior to joining Irish Funds, Conor worked as Head of Investment Servicing for DMS Governance within their MiFID entity. Previous to this role he also worked within the DMS risk team. Conor began his career in fund administration working across multiple fund types in both the mutual and hedge fund space.

Conor is FRM certified by the Global Association of Risk Professionals and a member of the EFAMA Management Company Regulation and Services standing committee. 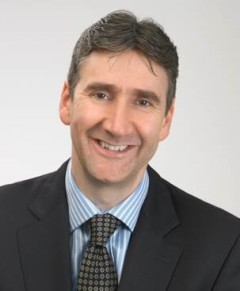 Eoin is a member of the Consultative Working Group at the Investment Management Steering Committee of the European Securities and Markets Authority (ESMA). He is also a member of the Council of Irish Funds and of the IFSC Funds group.

Eoin is a graduate of University College Dublin. 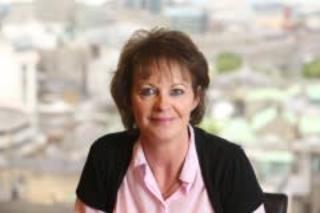 Martina Kelly is Director of Funds at IOB having joined in January 2020. Prior to that she was Head of Markets Policy Division within the Central Bank of Ireland with responsibility for the formulation of policy in relation to investment funds, investment firms, markets and market infrastructure.

Martina has considerable experience in investment funds policy and regulation having led the Central Bank's work in this area for many years. In that capacity she was directly involved with the development of the Irish regulatory regime applicable to funds and fund service providers. 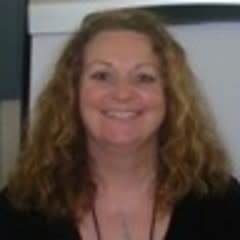 Patricia Dunne is Head of Securities Markets Supervision Division in the Central Bank of Ireland (Central Bank). This division is responsible for the supervision of securities markets including market transparency, market integrity and market abuse and the authorisation and supervision of Irish authorised investment funds.

Patricia has held various roles within the Central Bank including the authorisation, supervision and policy of investment firms and investment funds. She has also been directly involved in the development and implementation of the Central Bank's risk based approach to supervision (The Probability Risk and Impact System - PRISM). Patricia has also worked extensively with the European Securities Markets Authority (ESMA) in the development of the European regulatory and policy framework for Investment funds and their service providers. 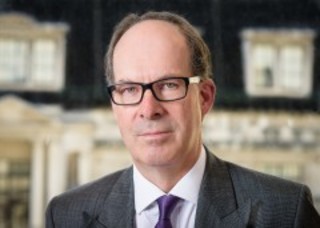 Robin Creswell is a Managing Director at Payden and Rygel and is a member of the firm's board of directors. He is responsible for the firm's London office; Payden & Rygel Global Ltd.

Creswell's 38-year career in the financial industry began in banking. He was then a leading figure in the development of the global hedge fund and derivatives industry in the 1990s. He was responsible for launching the first publicly offered hedge funds in a number of jurisdictions, including Japan, Australia and Hong Kong.

Robin Creswell was a Trustee of the Charities Aid Foundation until 2018 where he chaired the Investment Advisory Committee and is also a Trustee of a number of other non-profit organisations. He is a Fellow of the Securities & Investment Institute and a member of the CFA Society of the UK.

To enrol to this masterclass you must be a current member of IOB, or become a member.

Select a day for more information on the curriculum on that day:

8.35 to 9.00am Introduction to Liquidity Risk Management - Eoin FitzGerald

9.10 to 9.30am Liquidity Risk Assessment and Identification - Alastair Sewell

9.35 to 10.15 am Liquidity Contingency Planning and Crisis Management - Alastair Sewell and Patricia Dunne

8.40 to 10.00am Liquidity Risk Management in Practice - an Asset Manager's perspective - Robin Creswell

10.00 to 10.20am Liquidity Risk Management - an ESMA perspective - Antonio Barattelli