IoB celebrated International Women’s Day (IWD) with an event exploring the role of lifelong learning in enabling equality to complement the IWD 2020 theme #EachforEqual. The breakfast meeting also saw the launch of an original short film asking female members what should they tell their younger self if they could. 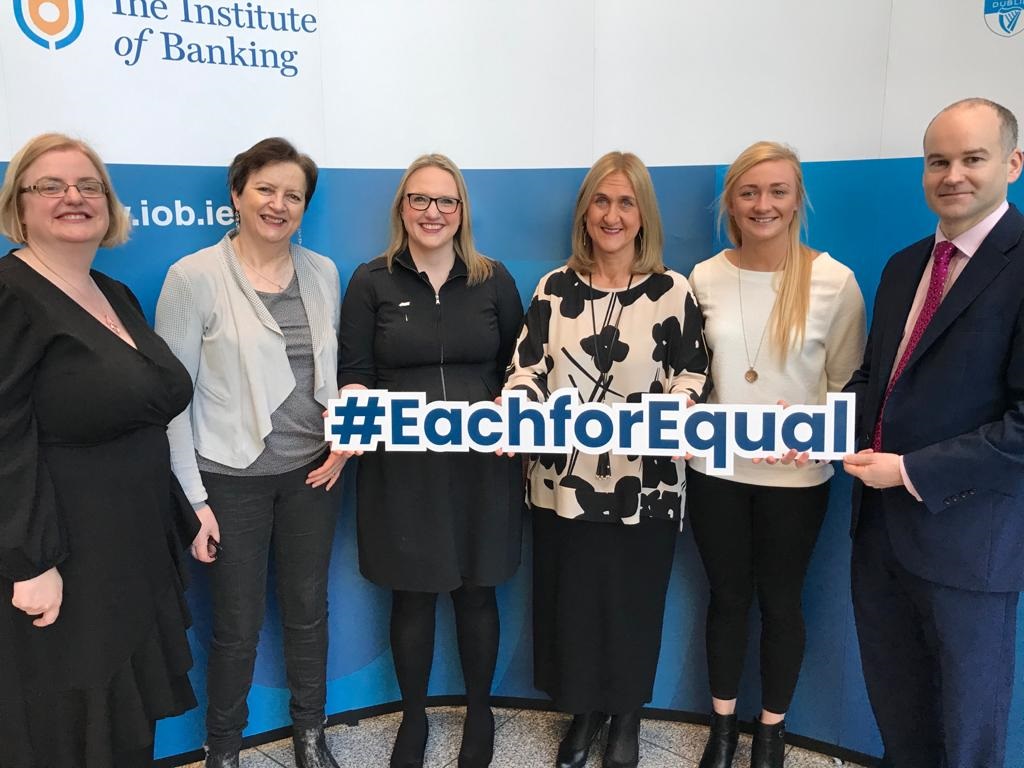 Mary O’Dea, IoB’s Chief Executive, introduced the panel discussion which featured Aileen O’Toole, a digital strategist and advocate for developing female leadership talent; Andrew Walsh, Group Legal Counsel at Permanent TSB; Carla Rowe, All-Ireland winner with Dublin and a GAA all-star, and Helen Mohan, a senior surgical trainee and former President of the Association of Surgeons in Training (ASiT). The fireside chat touched on topics such as the barriers to career progression, education as a career enabler and the role of allies in inclusive workplace practices.

Reflecting on what the #EachforEqual theme means, Mary O’Dea commented: “Each For Equal refers to a more equal world being a more enabled world. In IoB we believe that education for both women and men is a key enabler helping individuals to succeed through lifelong learning. I’m very excited at the prospect of talking with our esteemed panel of guests on this topic in a couple of moments but before I do, let me, as the first female Chief Executive of IOB now hand you over to Margaret Fitzsimons, the first female Dean of IOB to hear on the personal take on the importance of lifelong learning and why it is valuable to everyone."

Members are encouraged to share the video on social media and add their own comment as to what advice they would give their younger self using the official hashtags #EachforEqual and #IWD2020.